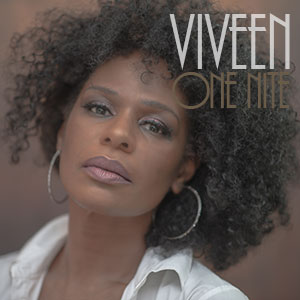 Viveen was the charismatic voice of “N-Trance”, her lead vocal featuring on international hits such as “Stayin’ Alive”, “D.I.S.C.O” and “Turn Up The Power”. The group sold over 5 million records, scoring 4 UK top ten hits and 12 UK top 40 entries. N-Trance had success across Europe, charting in the top 10 across most European charts and also had tremendous success in Australia & New Zealand with two top ten hits in both countries, including number 1 singles.

Viveen premieres her solo single - "One Nite" in 2021, a dance track that will bring back the feel good factor. Whilst she has appeared as a featured guest artist on many successful songs, this is the first ever single in her name. To stream, listen or purchase please click here.

Viveen is featured on the recent LMC single - "I Don't Know Why Love I You". The single premiered on Radio 1 with Scott Mills on May 22nd 2020. Released on Xploded Music Limited - part of the AATW group and can be streamed / download - https://xploded.lnk.to/LMC-IDKWILY

As a songwriter Viveen composed and produced the single “Don't Look Back” which was a huge hit in the dance charts, reaching number 5 in the UK and included on the Ministry of Sounds “Hed Kandi Summer album”. The song was co-produced by Ian Lovatt and released under the name “ATFC & Ghostcopy” with Viveen on lead vocals. “Don’t Look Back” was UK Radio 1 DJ Pete Tong’s Record of The Week for two consecutive weeks.

“Pulling Me Under” was another Viveen composition to have international club success – reaching number the number one spot Australia on “Toolroom Records”. Viveens’s featured vocals on Sucker DJ’s Salvation also became an instant club classic.

Viveen was the lead singer of the widely successful band “Driza” (formerly “Drizabone”) on tracks such as “Let It Out”.